This is an intellectual tour e

specially offered to interested individuals and groups in the concept of well being and happiness. This tour will allow you to meet an array of interesting intellectuals and practitioners of virtues of life who will share their knowledge and wisdom based on the principles of GNH.

GNH is a development paradigm envisioned by Bhutan’s Fourth King Jigme Singye Wangchuck, soon after he took the helm of the Kingdom in 1972 at a very tender age of 17 years, when his father, His Majesty Jigme Dorji Wangchuck, the Third King passed away. Since then Bhutan has been developing and nurturing the concept of GNH.

Although the GNH concept had i 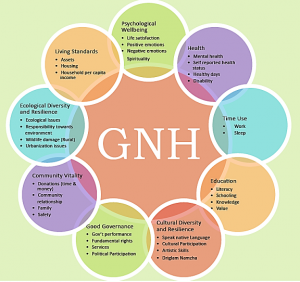 ntrigued and fascinated great thinkers, economists, social scientists, environmentalists, academy and others throughout the world, it had not been formally introduced.

Depending on the time availability of the individuals for groups, this tour is organized in the following manners:

3-day tour: this tour will take place within Paro and Thimphu, including sightseeing;

5-day tour: this tour will take place within Paro, Thimphu and Punakha, including sightseeing;

10-day tour: this tour will take you right up to Bumthang, central Bhutan, including sightseeing.